This game is about square! Pretty cool!

Gunnar Clovis2 years ago(+1)
Here's my gameplay critique for this game!

Really nice for a Weekly Game Jam game, which is what I think this is...? It wasn't submitted to the jam but from your twitter you linked to on your itch creator you said it was a week 132 game, and it fits the theme pretty well, so I believe it is a WGJ game.

It's pretty darn good for a WGJ game, and for a first game ever at the age of 13? It's really excellent! Very impressive to do such a complete, non-buggy, procedurally generated game like this! Full gameplay, music, and sound effects---this is great! And the mechanic of clinging onto walls is perfect for this, very good design there.

Some quick improvements that could be made:

Otherwise just keep making games! In the few hours it's been since I recorded this it looks like you've already put up your next game for the WGJ, which is amazing! Please keep it up and keep making games! I'll definitely be covering your other games too! 👍

Thank you for your feedback! Its really motivating me for creating games.

Now I working for 133 weekly game jam and I cant add anything to this game, but I remember your improvements, and add this on next week. (No everything is writed correctly, because I dont use translater)

I'm glad 💖 I hope you keep making games for a long time! Making a game a week with something like the WGJ is fantastic; you'll improve a lot very quickly, be able to find an audience and connect with others in the community if you participate in the WGJ Discord, and be very motivated by completing small projects consistently. Making many small projects is better than one big project. You're on a very good path, keep it up!

And yeah, I generally never expect my suggestions to be implemented in the games I'm critiquing (though the devs are doing that more than I expected), it's all more to give feedback and ideas for future improvements in subsequent games for the developers, viewers, and myself, truly.

And of course, it's totally normal when English isn't your first language and not a big deal at all 😊 I don't expect it in any way and it's nothing to apologize for 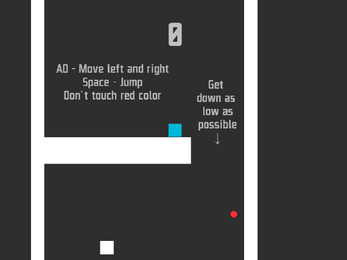 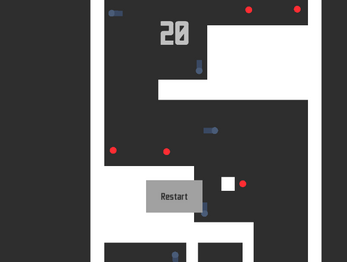